Stages of the German Alpine Road

A tour through the Allgäu region and Upper Bavaria

The Route of the Bavarian Experience takes you through the popular tourist regions of the Allgäu and Upper Bavaria. It is signposted throughout in both directions, so you can start either in Schönau (Lake Königssee) or in Lindau (Lake Constance).

Make sure you leave yourself plenty of time – for a break with panoramic views of the mountains, for a refreshing swim in one of the crystal-clear lakes, for a walk up the mountain pastures or for a traditional Bavarian picnic. Get lost in the lively villages and towns, visit one of the many traditional festivals or relax in the tranquillity of one of the baroque abbeys. 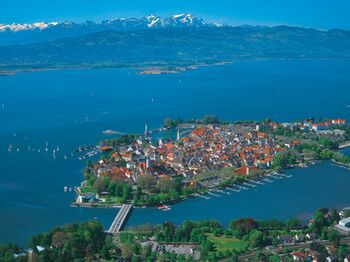 Lake Constance to the western Allgäu

The tour along Bavaria's best-loved tourist route starts in the western Allgäu. From Lindau, with its mediterranean feel, the route takes the Rohrbach ascent into the Allgäu peaks. This panoramic tour is popular because of the views of the Allgäu and Vorarlberg mountains. The Scheidegg waterfalls and Lindenberg with its hat museum merit a visit. 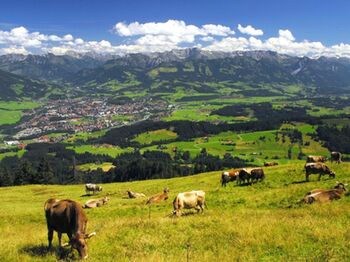 Twists and turns on Oberjoch Pass

The Upper Allgäu tour runs through Oberstaufen, passing Grosser Alpsee lake, as well as Immenstadt, Sonthofen and Bad Hindelang, before following the Oberjoch Pass towards Wertach. The Oberjoch Pass is one of Bavaria's most popular scenic drives. Whether you're in an open-top car or on a motorbike, it offers an exhilarating drive with 106 bends. 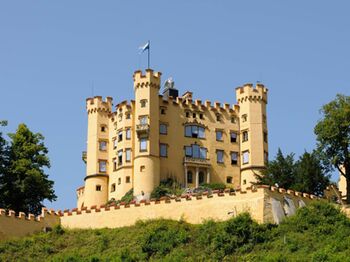 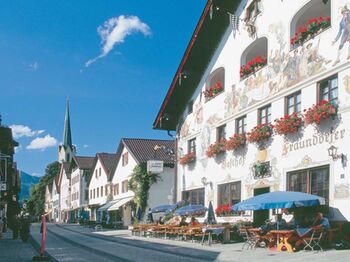 The Ammergau Alps, Werdenfelser Land and Karwendel mountains – these holiday regions are firm favourites in Bavaria. From the Allgäu, this panoramic tour crosses the Echelsbach bridge to the Zugspitze region. Stop here to explore historical Oberammergau, Garmisch-Partenkirchen, Krün and Wallgau, or visit Ettal Abbey and Linderhof Palace. 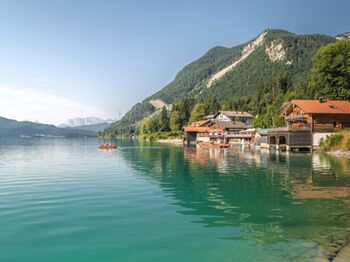 Bavaria is particularly popular for holidays because of its many lakes. This part of the route runs through the Tölzer Land, beside Lake Walchensee, across Kesselberg Pass (great for motorcyclists) and on to Lake Kochelsee. After Benediktbeuern with its abbey, Bad Heilbrunn, Bad Tölz and Lenggries, the route climbs to the Sylvenstein reservoir.

The Alpine region of Tegernsee and Schliersee 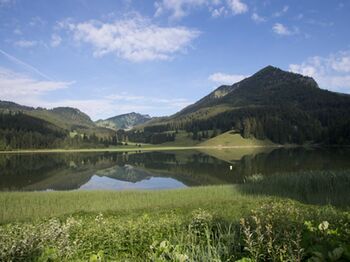 A true taste of Bavaria

If you are planning a tour in an open-top car, the section of the route in the Tegernsee and Schliersee region is ideal. Driving through Rottach-Egern, Tegernsee, Schliersee and Bayrischzell you will come across countless restaurants and cafés that provide Bavarian hospitality at its best and regional food and drink of the highest quality.

The Alpine region of Tegernsee and Schliersee 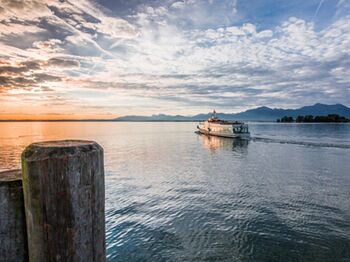 From the fiery Tatzelwurm to the Chiemsee

Variety guaranteed the tour through the holiday region Chiemsee-Alpenland. The road over Sudelfeld and Tatzelwurm meanders through the mountains, panoramic views are guaranteed. Then it goes to Oberaudorf in the level of the Inn Valley. About Nußdorf and Rohrdorf we reach the Chiemsee. With the Chiemseeschifffahrt it goes to the Fraueninsel and Herreninsel with castle. 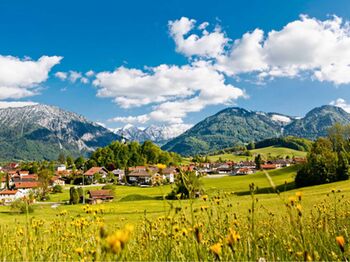 Following the oldest pipeline in the world

This section of the German Alpine Road runs through the Chiemgau region, via Rottau and Grassau, along the old pipeline that used to transport brine, before continuing to Marquartstein and Unterwössen. For glorious scenery and activities in unspoilt nature, look no further than Reit im Winkl, Ruhpolding and Inzell. 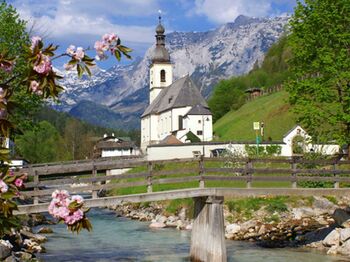 The German Alpine Road comes to an end for cars, motorbikes and motorhomes in the Berchtesgadener Land region. You are sure to have many memories of its people and places. Recommended excursions include pleasure cruises on Lake Königssee with views of the fabled Mount Watzmann and scenic walks through Weissbach Gorge and Wimbach Gorge.